Bears swooped in to seize the upper hand on Nov. 12 after news that the United States Securities and Exchange Commission (SEC) had rejected the VanEck spot Bitcoin (BTC) exchange-traded fund (ETF) application made ripples through the crypto sphere and deflated the bullish momentum that had been building throughout the week.

While many investors had high hopes that the passage of a spot BTC ETF would send the price of Bitcoin to the coveted $100,000 price level, its denial was expected by others, including Bloomberg senior ETF analyst Eric Balchunas, who placed the odds of the SEC approving the VanEck fund at less than 1%.

Data from Cointelegraph Markets Pro and TradingView shows that after holding support at $65,000 on Nov. 11, the bull’s defensive line began to break early on Nov. 12 and was followed by a 4% slide to a low of $62,280. 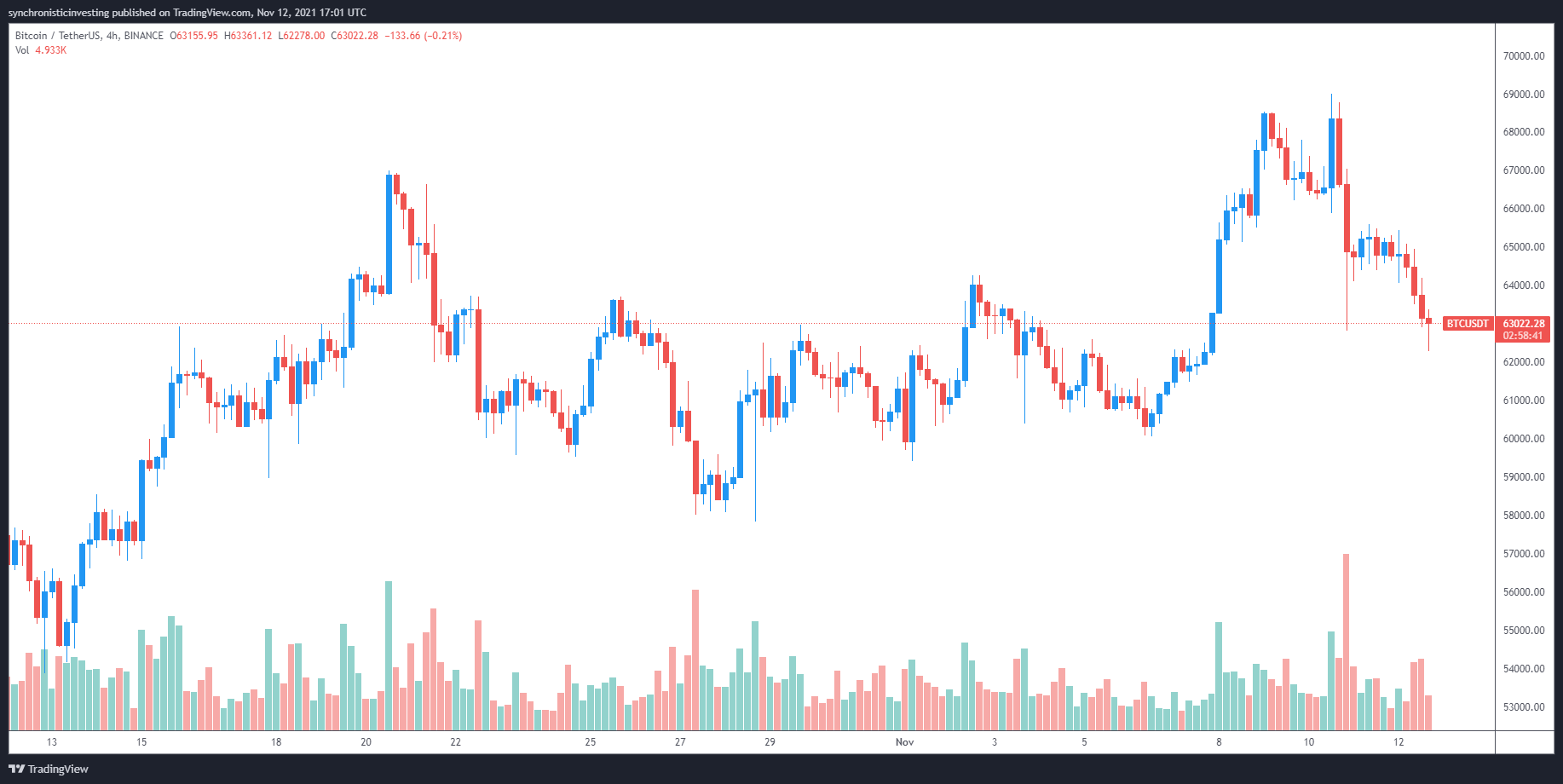 Spot ETF on #Bitcoin rejected, which might be fueling a potential negative sentiment on the markets.

A rejection isn’t a bad cause, it’s standard. Just delay until we get it.

And prices that are correcting -> just a chance to start buying cheaper assets.

For those who remain long-term bullish on Bitcoin and crypto in general, van de Poppe sees this as a good opportunity to pick up good projects at a discount.

A similar “buy the dip” sentiment was expressed by analyst and pseudonymous Twitter user ‘Venturefounder’, who posted the following chart, pointing to the fact that “Bitcoin still made the 2nd higher high and the 3rd higher low (for now).”