Bitcoin (BTC) preserved $20,000 for another day on June 23 with calls for another 20% drop still surfacing. 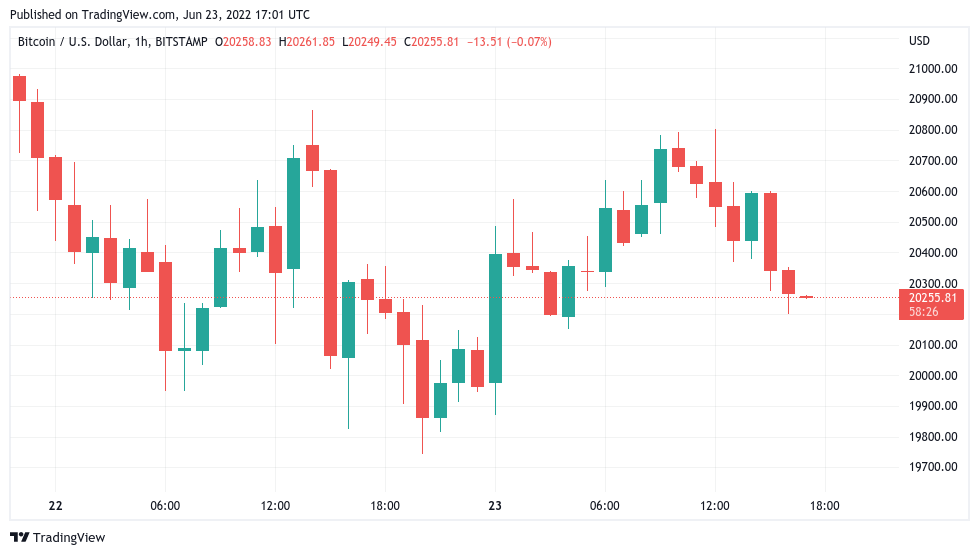 Data from Cointelegraph Markets Pro and TradingView showed BTC/USD ranging just above the $20,000 mark over the 24 hours to the time of writing.

As ever, the behavior reflected moves in United States equities markets, which stayed flat on the day.

As such, crypto commentators stuck to previous assertions — the outlook was uncertain, they said, but a potential fresh drawdown may only involve a trip to $16,000.

“Consolidating $BTC in a broad range and then going up. MDD (maximum drawdown) is not that big like -20%,” Ki Young Ju, CEO of on-chain analytics platform CryptoQuant, wrote in part of a Twitter post.

In a separate post, Ki claimed that “most Bitcoin cyclic indicators are saying the bottom” is in, and that shorting BTC at current levels was therefore ill-advised.

“Not sure how long it would take for consolidation in this range tho. Opening a big short position here sounds not a good idea unless you think that $BTC is going to zero,” he wrote.

For monitoring resource Material Indicators, however, there was cause to be more risk averse.

“At this stage, nobody can say with certainty whether BTC will hold this range or if it will go to sub $10K price levels ever again, but it would be foolish not to have a plan for that possibility,” a tweet argued.

Fed does not plan to “de-COVID” balance sheet

In fresh macro news, increasing pressure on the Eurozone came in the form of surging natural gas prices on a dwindling supply outlook.

The central bank’s balance sheet reduction, he said in comments reported by media sources at the time of writing, now only planned to shave up to $3 trillion off its near $9 trillion of asset purchases.

Since February 2020, the Fed’s balance sheet has gained $4.8 trillion, meaning that even after the reductions, it will be higher than its pre-pandemic levels. 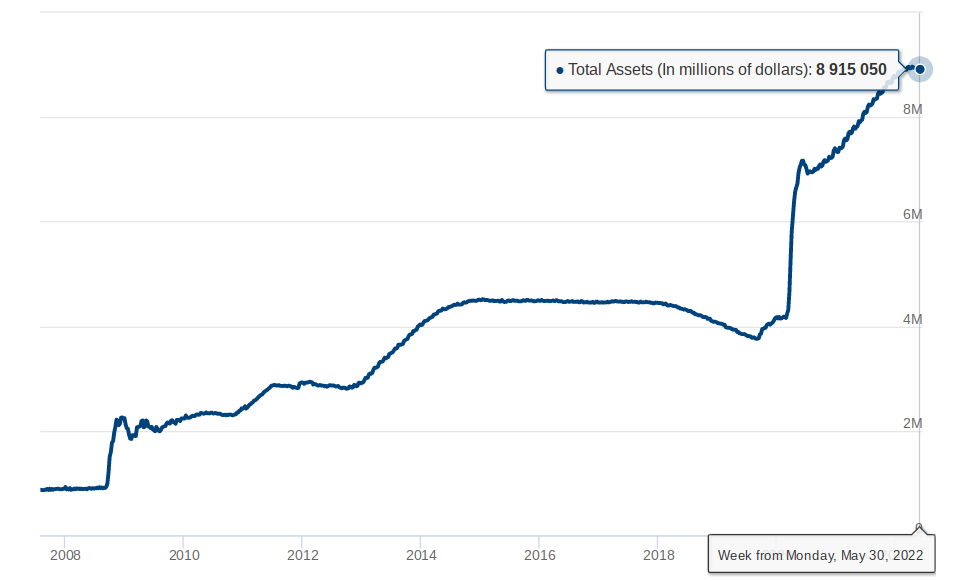