Bitcoin (BTC) bounced at the pivotal $58,400 during Nov. 17 as the day continued choppy price action. 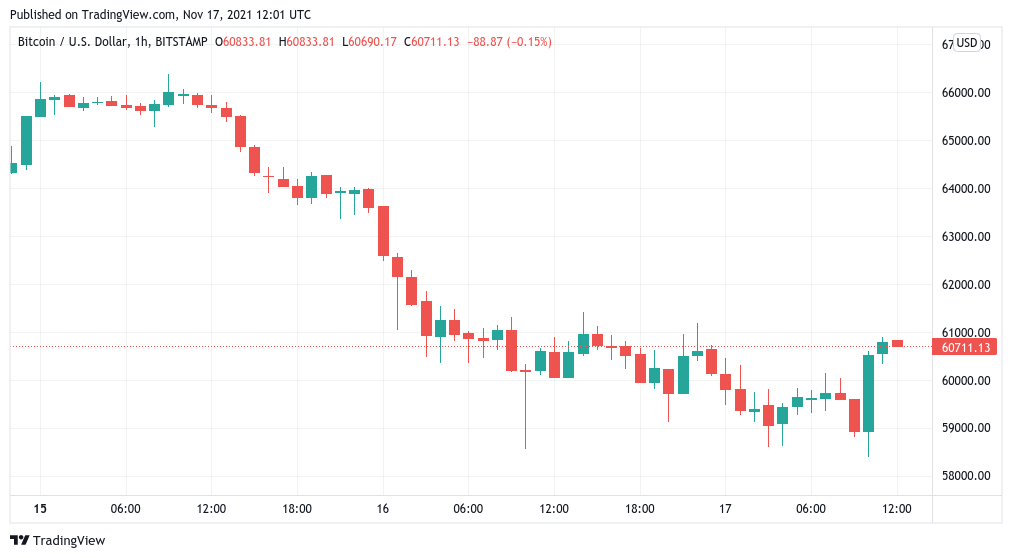 Data from Cointelegraph Markets Pro and TradingView showed BTC/USD abruptly reversing after its fourth wick below $59,000 in 24 hours.

The $58,400 level had been pronounced as a key line in the sand for bulls Tuesday, which was necessary to hold in order to avoid deeper losses.

One thing to not lose sight of. Corrections like this happened in 2017 constantly. And one in every month from January to May on alts. Where else can you get these wild swings? Have to have a healthy mindset and view it as opportunity https://t.co/bIrvq3TC6S

With similarities to previous bull markets still very much in focus, Twitter account TechDev estimated that Bitcoin in 2021 is acting practically identically to 2017 with a small delay.

“PA continues to stay 5–8 days behind 2017 since July,” he said in part of fresh commentary.

Should Bitcoin’s relative strength index (RSI), a key factor in bull cycles, recover above a trendline it lost during this week’s downturn, a price target of $80,000–$90,000 remains possible by the end of November, he added.

The ranging style of price action, meanwhile, also played out across major altcoins.

Related: Traders watch for a trend reversal after Ethereum price drops to $4,100

Out of the top 10 cryptocurrencies by market capitalization, none saw significant moves up or down overall over the 24 hours to the time of writing.

Prior to the open in the United States, Tesla (TSLA) looked set to continue a recovery from Monday’s lows, which accompanied Bitcoin and altcoins’ own comedown. 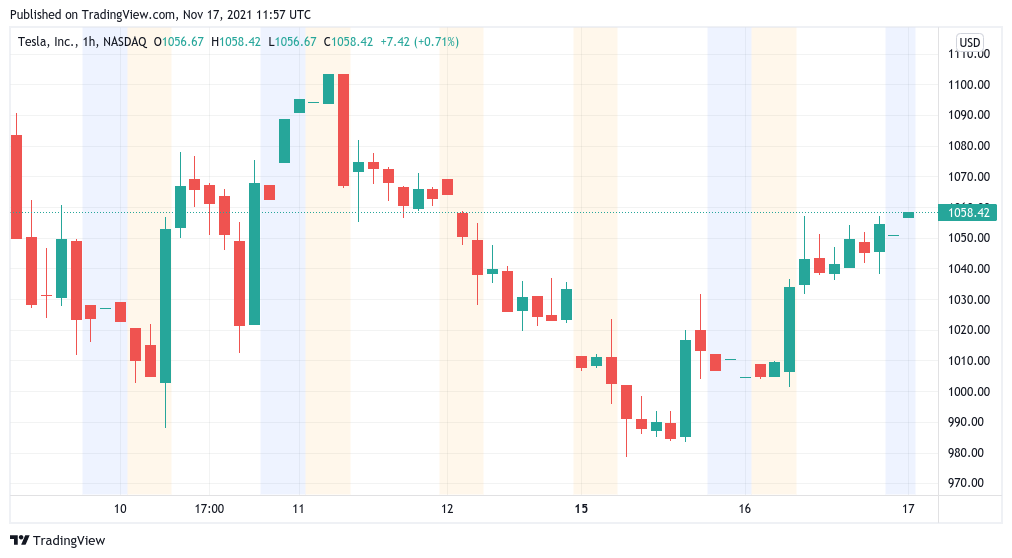