Bitcoin (BTC) saw continued strength on June 21 as Wall Street trading opened with a trip to near $21,500. 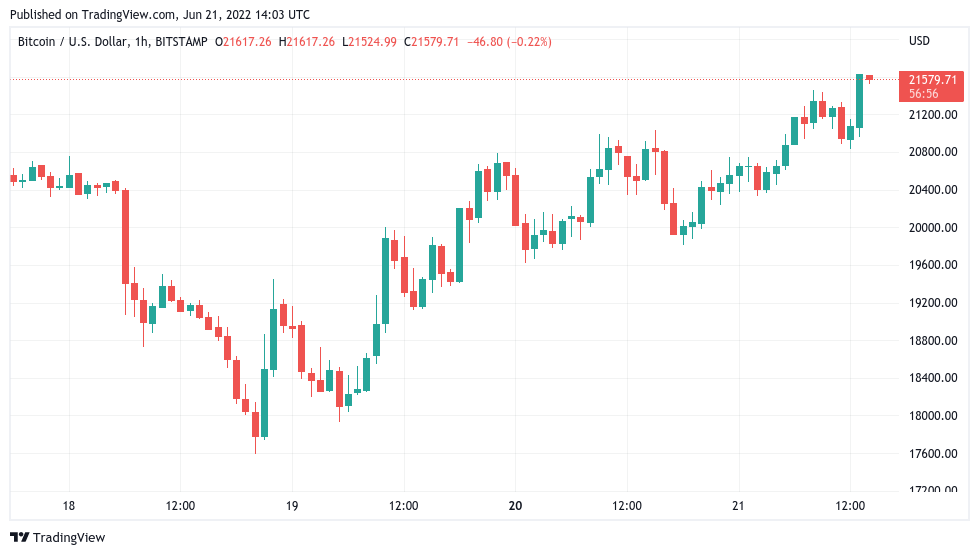 Data from Cointelegraph Markets Pro and TradingView followed BTC/USD as it reached $21,633 on Bitstamp, its best performance since June 16.

The largest cryptocurrency managed to avoid fresh losses into the new week; so far, these are reserved for the weekend. As such, futures markets reopened without being subjected to the dip to $17,600. 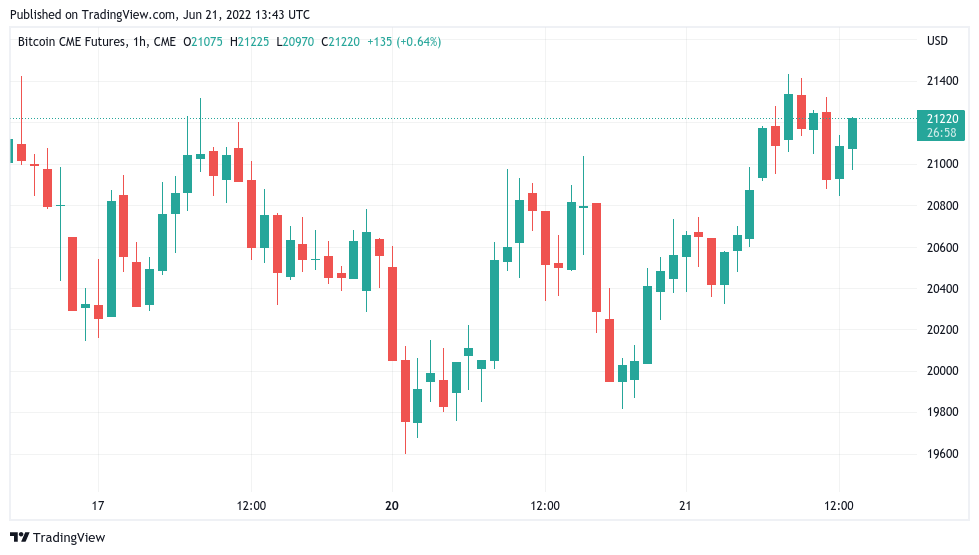 While some planned to short BTC at current levels, the mood among market participants was broadly one of “wait and see” as U.S. equities opened up. The S&P 500 and Nasdaq 100 both added around 2.5% on the open.

Popular trader Bierre was eyeing the 200-period moving average (MA) on the four-hour chart. For him, breaking it on the day would be a sign of strength not seen for multiple weeks.

To highlight differently why today fight should be all about H4 trend -> May 14-16th.

Post dump rally, broke H4 trend for the first time since > 38-39k, US opened, failed to hold H4 trend back to the lows into days (and eventually weeks) of ranging.

On the topic of stocks, meanwhile, data from Bloomberg showed that Bitcoin was in fact swiftly reducing its correlation with the Nasdaq 100 in particular. A potential benefit could come in the form of Bitcoin trading less like a tech stock, boosting its ability to weather the monetary tightening of central banks.

As Cointelegraph reported this week, global stocks are currently facing their worst quarter in history.

#Bitcoin’s tight relationship w/Tech stocks, fueled by declines in both amid Fed hikes & high inflation, drops amid crypto rout. Bitcoin“s 20d correlation w/Nasdaq 100 has fallen from ~0.88 in early May to the low-0.30’s now, BBG has calculated. pic.twitter.com/0j3fRb6gtJ

“Plunging risk assets in 1H are taking away inflation at a breakneck pace, which may translate into pre-pandemic deflationary forces resurfacing in 2H,” Bloomberg Intelligence chief commodity strategist Mike McGlone added in part of a tweet posted June 20.

“Primary beneficiaries of this scenario may be gold, Bitcoin and US Treasury long-bonds.”

McGlone additionally queries whether stocks were “too hot” versus a “maturing Bitcoin.”

On altcoins, relief was also visible as Bitcoin made strides higher.

Related: That’s not hodling! Over 50% of Bitcoin addresses still in profit

The top fifty cryptocurrencies by market cap were led by a surprise mover, however, in the form of Shiba Inu (SHIB).

The meme-based tribute to Dogecoin (DOGE) added 20% on the day, this coming after its namesake received fresh assurances of support from Tesla CEO Elon Musk. 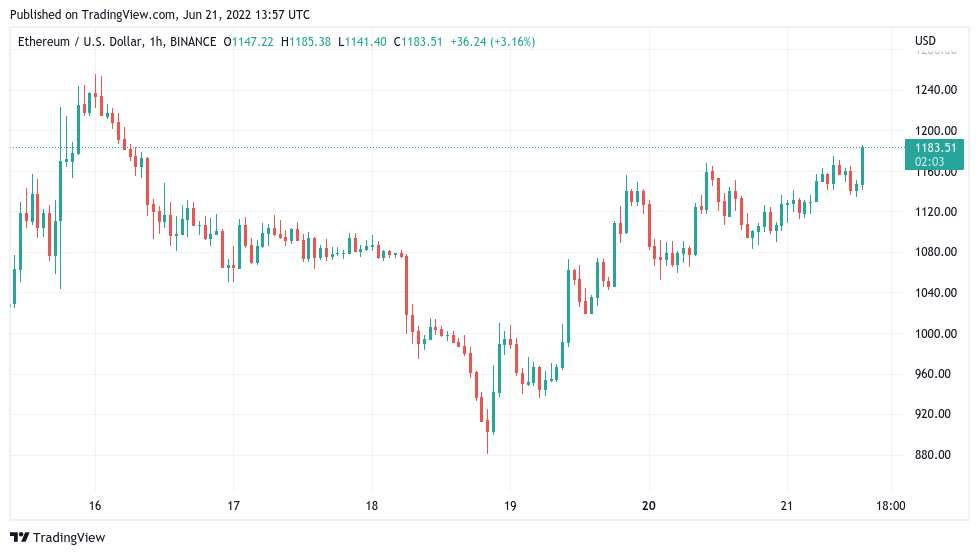 ETH/USD 1-hour candle chart (Binance). Source: TradingViewcom. Every investment and trading move involves risk, you should conduct your own research when making a decision.