Over the past ten days, Bitcoin (BTC) price tested the $44,500 resistance on multiple occasions, and this marked a 16% drawdown from the previous weeks $53,000 local top. Not even the $3.4 billion long futures contracts liquidations that occurred on Sept. 7 while BTC dropped by 18.7% was enough to eliminate bulls optimism, according to options markets data. 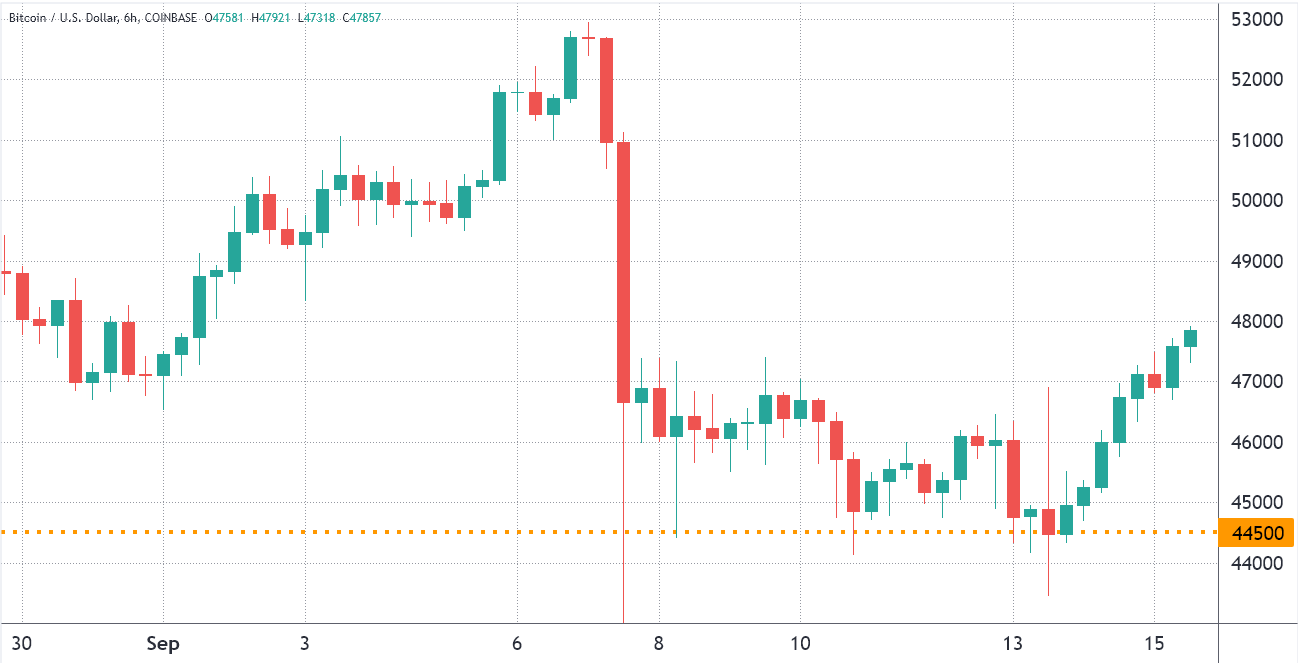 If historical data plays any role in the price of Bitcoin, the month of September presented negative performances in four of the previous five years, and BTC finished August trading at $47,110.

Regardless of the price, adoption by institutional investors has been growing at a steady pace. On Sept. 13, Morgan Stanley, one of the largest banks in the United States, appointed a lead cryptocurrency analyst for its dedicated cryptocurrency research team.

But the most significant positive trigger for a 50% or higher bull run comes from a potential exchange-traded fund (ETF) approval by the United States Securities and Exchange Commission (SEC). Fidelity Digital Assets, an investment arm of the $4.2 trillion global fund manager, held a private meeting on Sept. 8 with several SEC officials to discuss the benefits and risks of a Bitcoin tradable product.

Fidelity filed for a Bitcoin ETP called the Wise Origin Bitcoin Trust in March 2021, but the regulator continues to procrastinate on issuing their final decision. Furthermore, over 20 similar applications from other firms have been made since and none have yet been; analyzed by the SEC. 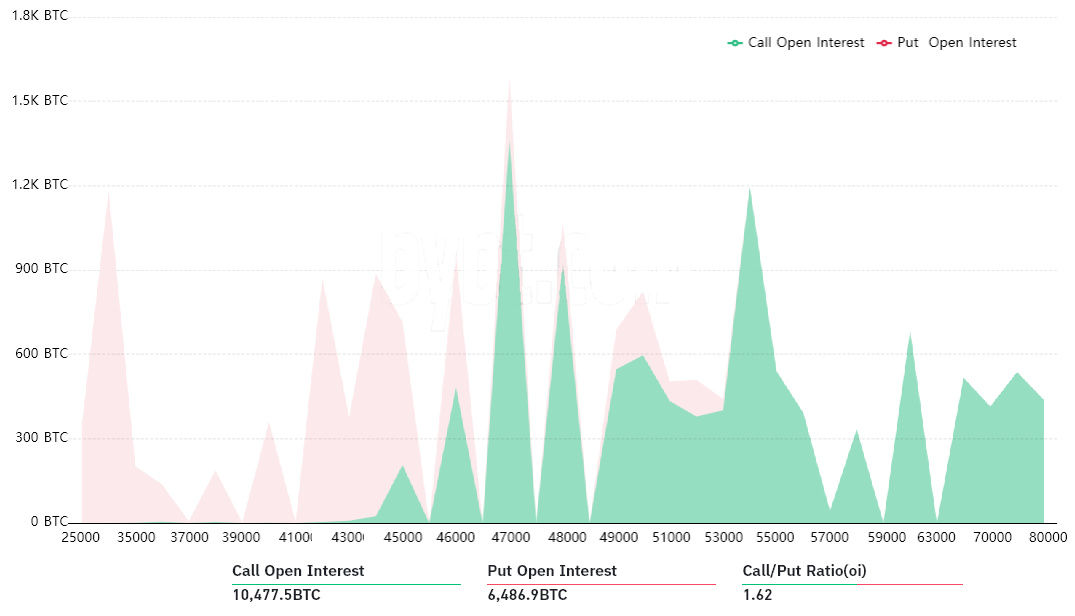 The Sept. 17 expiry will be a test of strength for bears because 88% of the $310 million put (sell) options have been placed at $47,000 or lower. Consequently, if BTC trades above that price on Sept. 17, the neutral-to-bearish put option open interest gets cut to a meager $36 million.

A put option is a right to sell Bitcoin at a predetermined price on the set expiry date. Thus, a $45,000 put option becomes worthless if BTC trades above such price at 8:00 am UTC on Sept. 17.

The bulls apparent advantage is misleading

A broader view also gives bulls some advantage as the call (buy) options instruments total open interest stands at $500 million, a 62% lead according to the call-to-put ratio.

However, this data is misleading because the bulls excessive optimism could wipe out most of their bets. For example, if the Bitcoin expiry price is below $47,000, their open interest is reduced to $34 million. After all, what good is a right to acquire Bitcoin at $52,000 if its trading below that price?

Below are the four most likely scenarios that consider the current price levels. The imbalance favoring either side represents the potential profit from the expiry. The data below shows how many contracts will be available on Friday, depending on the expiry price.

This crude estimate considers call (buy) options being exclusively used in bullish strategies and put (sell) options in neutral-to-bearish trades. Unfortunately, real life is not that simple because its possible that more complex investment strategies have been deployed.

Incentives are in place for bulls to try to break $50,000

Both buyers and sellers will show their strength on the hours preceding Fridays expiry, and the bears will try to minimize the damage by keeping the price below $48,000. On the other hand, the bulls have decent control over the situation if BTC remains above such a level.

The highest stress level for bears is $50,000, where bulls have significant incentives to dominate the weekly expiry and land a decent $195 million advantage.

Theres still room for additional volatility ahead of Friday, and the bulls seem to be better positioned.

Every investment and trading move involves risk. You should conduct your own research when making a decision.

On the brink of recession: Can Bitcoin survive its first global economic crisis?